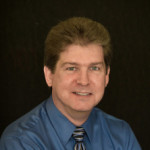 A PATCA member since 1993, Jerry has over 30 years of in-depth experience in the ASIC industry. He has background in public speaking, training, customer support, and patent research.  He is an author of trade journal articles and training manuals, and has been contracted to conduct independent technology reviews. As a mentor, he lends young engineering teams the solid experiential anchor they need to ensure first silicon success.

Jerry has skills in: